Dr. Kaufman is director of the Institute for Transformative Leadership at Lynchburg College.

When Donald Trump seized the presidential election, many pundits shifted from predicting his demise to exploring what they had missed. How did the best people with the best data miss the outcome so dramatically?

Political scientists and statisticians will discuss the possible errors for years to come, but there is a lesson that we all can learn from the election’s outcome today. It’s a lesson of serious importance to business leaders nationwide, but especially here in Central and Southwest Virginia.

The lesson? Disruption and change are alive, unpredictable and inescapable.

A year ago, most political observers would never have guessed that an outsider with no experience serving in public office would beat numerous established, experienced candidates for a major party nomination and then the White House itself.

At each stage in the campaign, one opponent after another was defeated, leaving them, their supporters and pollsters shocked. Conventional wisdom was crushed! Those who “knew” what was going to happen found out they didn’t know!

This year, the political landscape reflected what has been happening in the business world: disruption.

Just as it was once a long shot to bet that a real estate magnate-turned-reality-TV-star would win the presidency, no one would have predicted that hotels would lose market share to a company without real estate, that taxi companies would bleed revenue to a business that owns no cars or that a firm that does not create content would have more readers than major newspapers.

And yet Trump was elected, and Airbnb, Uber and Facebook have redefined their industries.

So, where do we go from here?

Most classic stories of business disruption involve manufacturers, and our region has seen its share of disruption arising from the makers of less expensive or different products. But digital technology has accelerated disruption and revolutionized service industries, too. If you think that your business cannot be disrupted by an outsider providing your product or service in an unforeseen way, just wait.

Most business leaders today recognize this danger. In a major global study of 3,400 leaders by Deloitte, some 90 percent of executives expect to face digital disruption. However, fewer than half feel their companies are prepared to deal with that challenge. This poses enormous opportunities for firms that prime themselves to create and “own” digital disruption, but it threatens thousands of jobs in companies that are not ready to innovate.

The good news is that recognizing the threat of disruption and a lack of preparation is the first step toward positive change. In my consultations and workshops with business executives around the globe, I have seen many leaders accept the reality of disruption, recognize that their companies are not ready and then move toward the next stage: adopting a transformative mindset. When business executives open their minds to digital transformation, they set the stage for innovation and changing the company culture. They see beyond the next iteration of the same product and learn to revolutionize the way that customers receive their product’s benefits. They let go of controlling the message about their firm, and learn to leverage social technologies and analytics to listen to their customers and respond. They lose their fear of disruption and choose, instead, to own it. They choose to be leaders and not followers; disruptors rather than disrupted.

Recognizing this need in Central and Southwest Virginia, The School of Business and Economics at Lynchburg College has established the Institute for Transformative Leadership. I invite executives and managers of regional businesses and nonprofits to the launch of Transformation Leaders Lab – “Digital or Death?” a free workshop on Tuesday, Dec. 6, at 6:30 p.m. This workshop will help business leaders learn how to unlock their traditional mindset, adopt a transformative vision, and apply digital technology to strengthen their businesses. This will be the first in a series of workshops designed to help executives and aspiring leaders learn how to change the way they do business and cope with unforeseen challenges.

To learn more, go to: www.lynchburg.edu/tleaderslab.

I look forward to working with local business leaders for the good of their companies and the region. 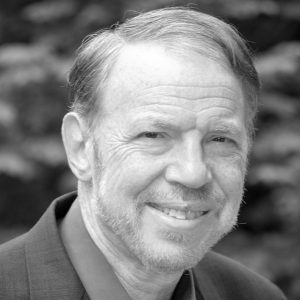